One of the goals the ASN 21st Century Naturalists Meeting 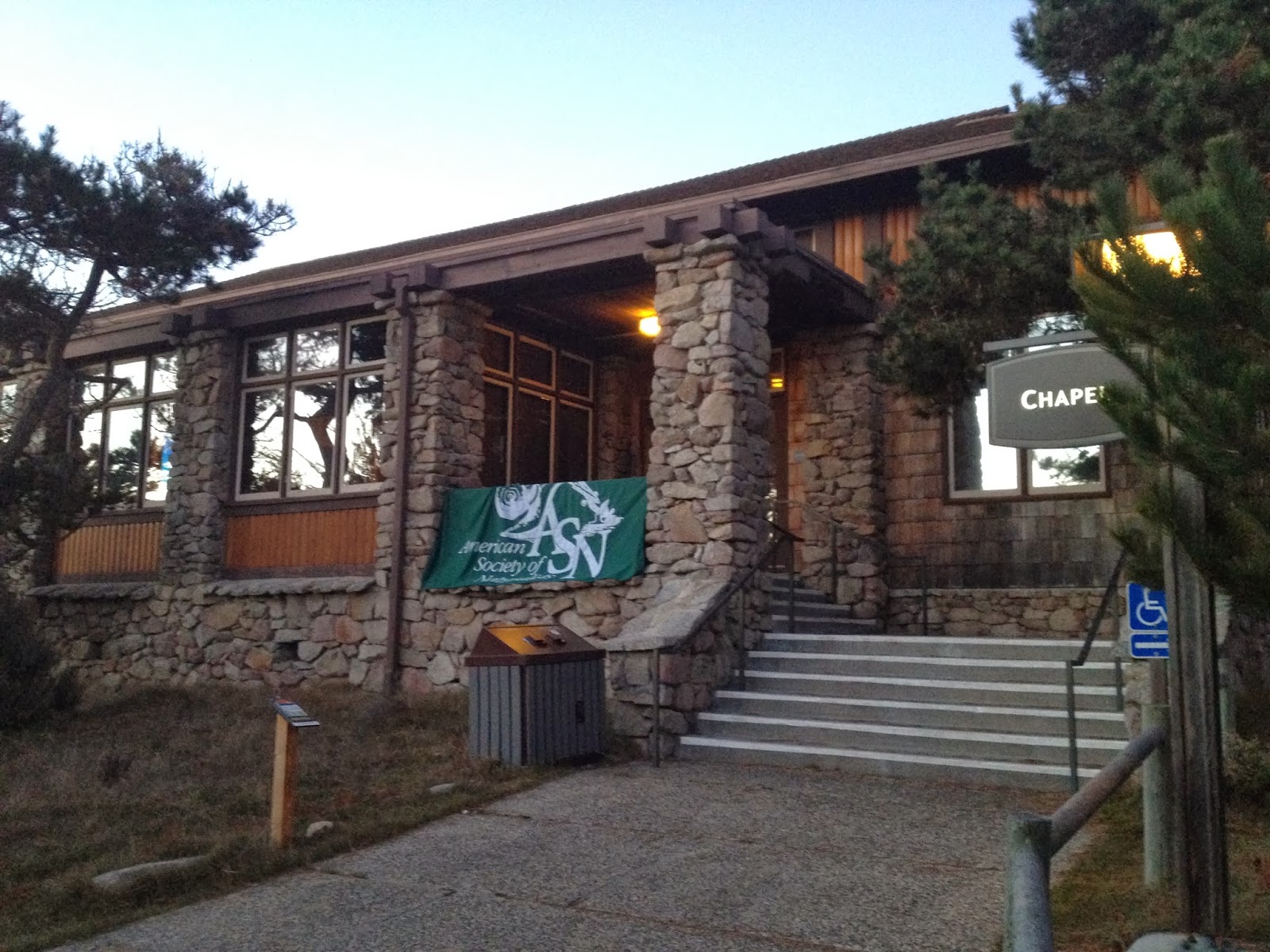 was to experiment with different formats, one of which was the evening debate organized by ASN President Trevor Price, who told the debaters--NO COMPROMISE: 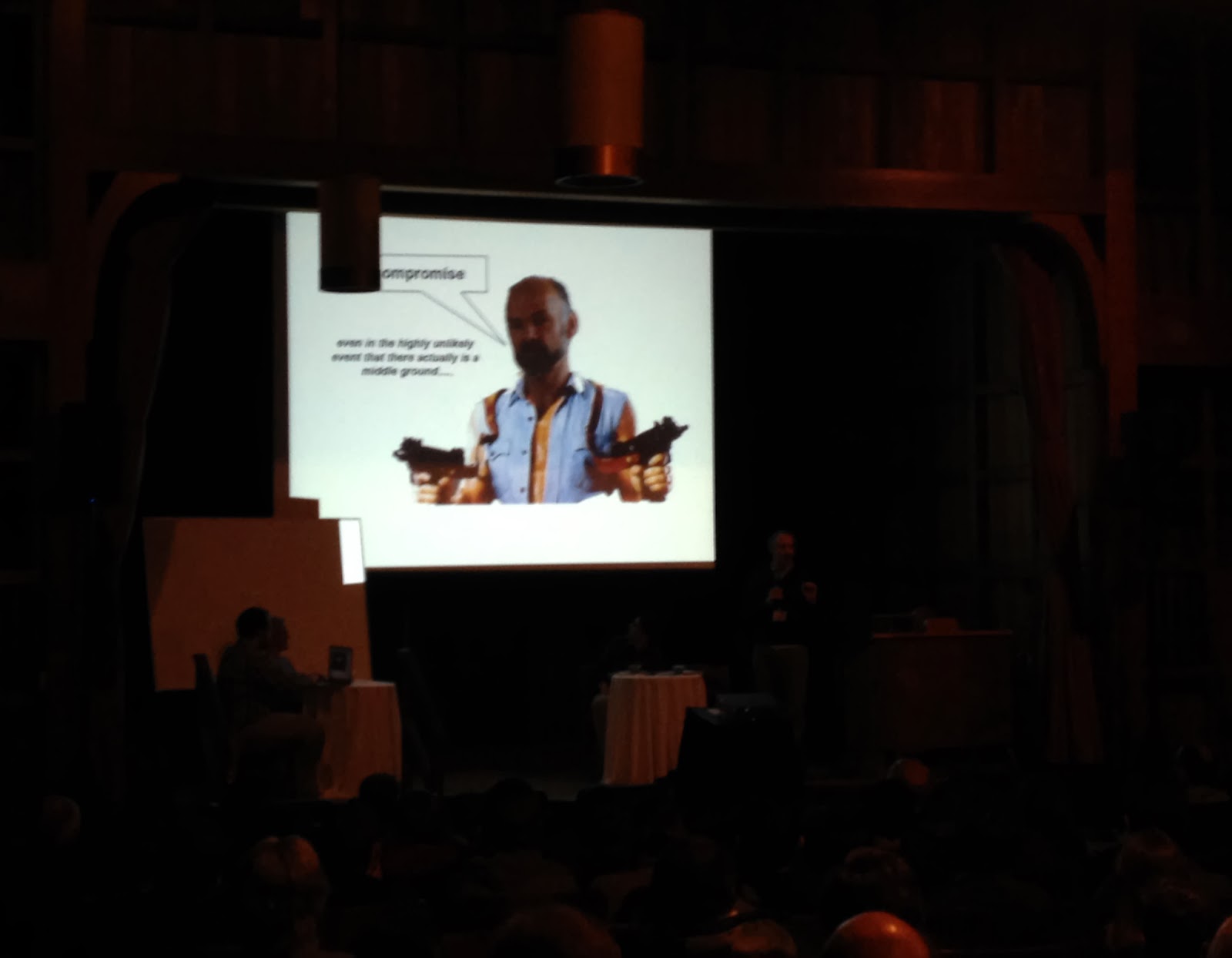 The proposition was “This house believes that species richness on continents is dominated by ecological limits.”

As it was described in the program:


To what extent does regional and local diversity depend mostly on time and diversification rate (Wallace's old hypothesis for the latitudinal gradient), or is instead close to an ecological carrying capacity? These issues have recently become much more focused given our improved understanding of biological diversity through time and earth's history, notably paleoclimate. Nevertheless we are far from resolution, and researchers still have strong views.

In this debate, Dan Rabosky and Allen Hurlbert will present the case for ecological regulation, while Luke Harmon and Susan Harrison will argue the non-equilibrium case. The format will roughly follow that of the famous Oxford University debates. Dan will present a prepared 20-minute summary, followed similarly by Luke. Then, there will be opportunity for alternating rebuttals from either side. While flexible, we expect the first rebuttal to last up to 20 minutes from each side, with a second response of up to 10 minutes again from each side. Following this, questions will be thrown open to the audience; each question can be addressed to one or other side, or both, but both sides will be given the opportunity to respond. This is an innovation for the ASN, and if successful we hope to refine the format in future meetings.


It was indeed lively and there were zombies... 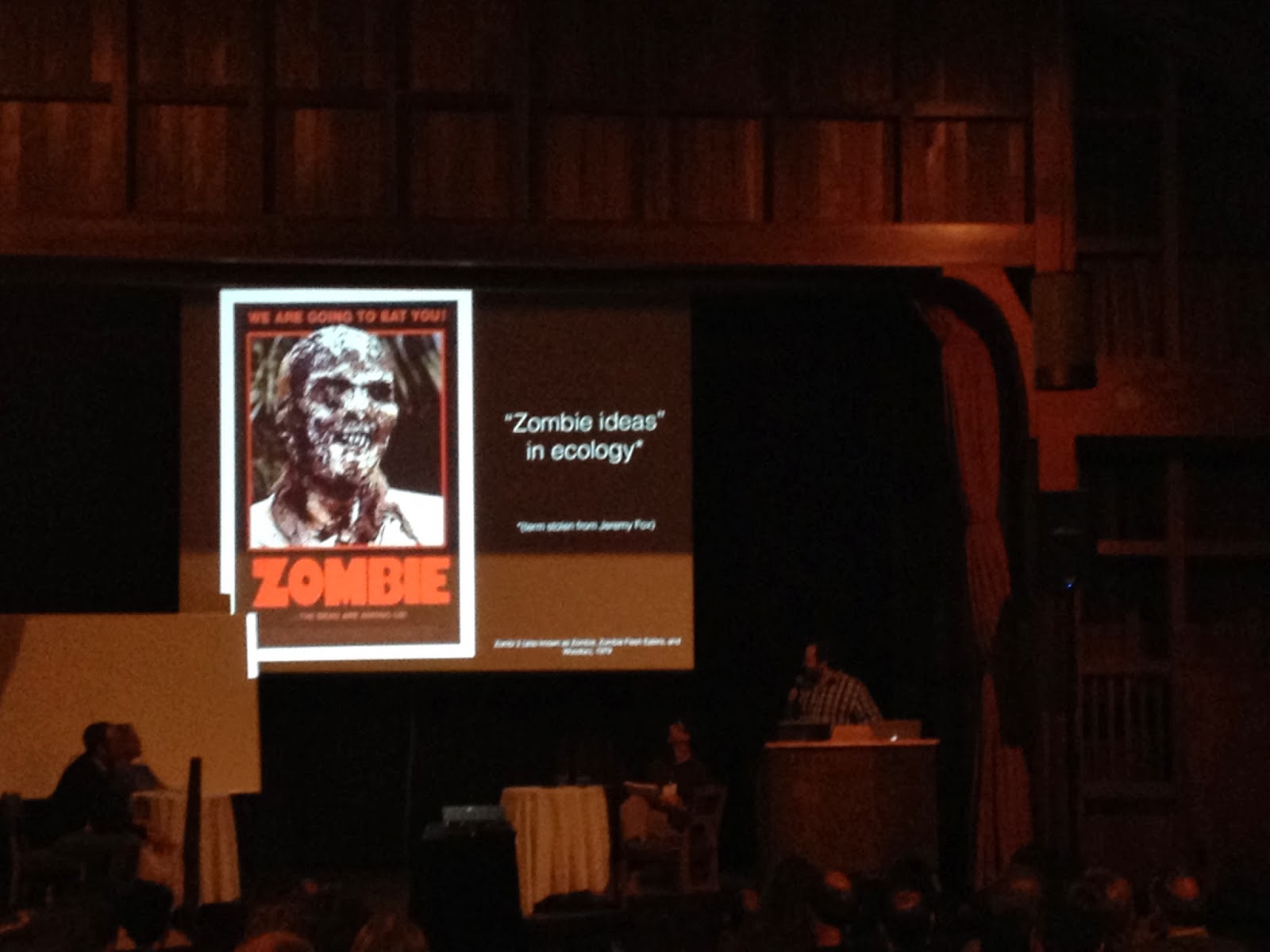 Thanks to Luke Harmon there is a video of the debate posted on You Tube:

The participants have also agreed to turn their arguments into papers so that the debate will appear in the American Naturalist with an introduction by Trevor Price later this year. As Allen describes it in the interview (link below),


In terms of thoroughness, it seems we will be putting out two companion papers based on the debate that all share the same subheadings, thus providing a detailed point-counterpoint. In that way, it’s less important that the actual debate cover every topic or resolve any one issue, and the point of the debate can be focused on conveying to the audience the general areas of disagreement.

Thanks to Jeremy Fox, there's a great interview with the participants at Dynamic Ecology, "Resolved: debates at scientific meetings are a good thing"

As they say, it was a trial run so aspects were a bit rocky, but everyone that I spoke with agreed that the debate format was a great idea.

Updated: The debate is in the journal at